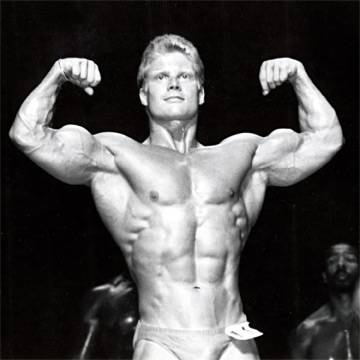 For those of you who are not familiar with “America’s Personal Trainer”™, Mr. Tony Little, you are about to discover the incredible power of change. For those of you that do know him, you know how truly POWERFUL his story is. Tony is the textbook definition of “Adversity to Victory”. Tony has succeeded against all odds, and with strong convictions and a deep caring for people he has brought physical fitness into mainstream America in a way that has enhanced the physical appearance, personal stamina and emotional outlook of his trainees.

In 1983 Tony was already an acclaimed Junior National Bodybuilding Champion, and ready for the big time. He was training for The Mr. America Bodybuilding Championship, the biggest competition of his life, which he was sure he would win. Then tragedy struck, a near-fatal car accident left him physically destroyed and emotionally crushed. Six months before the competition, Tony was blind-sided by a school bus. He had suffered numerous lacerations to his body and face. He also suffered two herniated discs, a cracked vertebra, and a dislocated knee, not to mention the massive amount of soreness that he felt throughout his entire body from the devastating impact. Even though his body had been shattered, he still competed in the event and finished in an amazing fifth place. Months following the accident, and the competition, he slowly regressed into a depression which resulted in the slow death of the goals he had set earlier in life. Now, hooked on painkillers and a blurred image of his former self, nearly sixty pounds over-weight, Tony had hit rock bottom.

One morning in February 1985 Tony felt he had enough of the self-pity and downward spiraling. While he had felt “justified” in wasting his life, and blaming his circumstances on his current state, he knew in his heart that the only way to improve his situation was to take control of his life. That began with getting healthy, physically fit, and self-confident. Having spent many days watching various celebrities working out, promoting their gimmicks, diet fads and celebrity fitness videos, he was well versed on what America was being told about fitness, and he didn’t like it. As a Certified Personal Trainer, Physical Fitness Specialist and former National Bodybuilding Champion, he knew there was much more to getting into shape than aerobic exercise. He also knew that physical strength and mental fortitude was the other half of the equation. So he developed a motivational non-impact resistance exercise technique that would reshape, redesign and re-strengthen the body with minimal joint stress. He knew all too well that poor physical shape is the first negative step toward emotional failures and he wanted to assure that his students were going to feel better and look better in a short period of time by exercising properly.

Tony believed in his idea and was determined to be successful. Armed with faith and confidence in his program, he drummed up his last spark of passion and drive, and went to find out what it would take to make an exercise television show where he could promote his one-on-one approach. A local cable company told him that it would take at least $15,000 to produce a limited local access program, so he started a company cleaning health clubs to raise the necessary capital. This show became a hit. Finally, in 1987, Tony met the President and Founder of Home Shopping Network, and they struck a deal. If Tony could sell 400 of his videos in four airings, then they could work together on other projects. It worked; Tony sold all 400 videos in four minutes! His success was due to the fact that he was the first person to spend the majority of the time on his video discussing motivational exercise technique along with muscle group information. Solid, sound advice became his trademark. 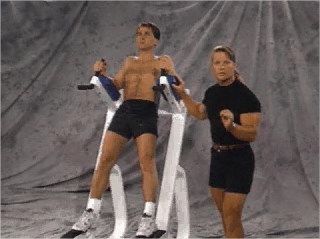 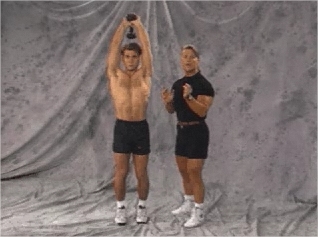 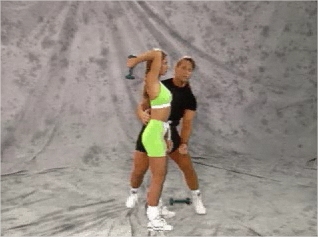 This opportunity catapulted his career to new heights. He had proven to himself that he had the knowledge of a personal training style that people were craving. Tony continued his quest to get America back in shape. In a very short time at HSN™ he broke nearly every record they ever had for personal training videos and equipment. People were now starting to know who Tony Little was, his passion for personal training, and more importantly, his passion for people. While still working with HSN™ Tony decided to try and reach a larger audience by doing infomercials. In 1993, he had record-breaking infomercials in the United States and Europe. Tony then decided to team up with another major shopping network, QVC™, and like his time at HSN™, it didn’t take long for him to start breaking records. Tony’s life had become everything he had ever wanted professionally. He had numerous record-breaking sales for his videos, exercise equipment, he had number one infomercials in several countries, plenty of awards, and of course, what got him into all of this in the first place; he was helping people change their bodies and minds worldwide.

Life couldn’t have been better for the blond haired, lean, mean, energized, personal training machine, however, in 1996, life threw Tony another curve. Yet again, he was involved in another life threatening car accident. His face was severely damaged, especially the left side. He had stitches down the left side of his nose and nostril, underneath his nose, down his lip, under his left eye, and several places on his cheek and jaw. He required more than 180 stitches and this accident again took out two more low back discs now effecting 4 out of his 5 low back supporting discs. Needless to say, Tony was worried about his well being and his career. Some people would have thrown in the towel after everything Tony had endured, but he just used this obstacle as another way to give himself the motivation to do what God had intended him to do: help people get in shape. In 1998, on New Year’s Eve night, Tony blasted through the record books. He sold over 200 tractor-trailer truckloads of his Gold Gazelle Glider™ on QVC™. That’s amazing!

His devotion to helping others combined with his dynamic personality, energy levels beyond reality and personal before and after story have made Tony a favorite among both the public and the media as he continues to capture the attention of audiences worldwide. He has appeared on everything from late night and daytime talk shows such as The Tonight Show with Jay Leno and Ricki Lake to prominent news broadcasts including CNN and ABC World News Tonight among others. Tony has also been featured in such reputable print media as the Wall Street Journal, USA Today, The Los Angeles Times, The New York Times as well as 100s of health, fitness, general interest and celebrity publications.

Today, Tony is still breaking records as he continues to bring the fitness world new ways to get off the couch and get back in shape. His current accolades include 14 Platinum Video Awards, 9 Gold Video Awards, Record-Breaking infomercials throughout eighty-one countries. More than 45,000,000 people worldwide have benefited from his exercise programs. Without a doubt, Tony knows the formula for success. His life has been a painful one at times, but his attitude on overcoming obstacles is simple, “Conceive, Believe and Achieve™” 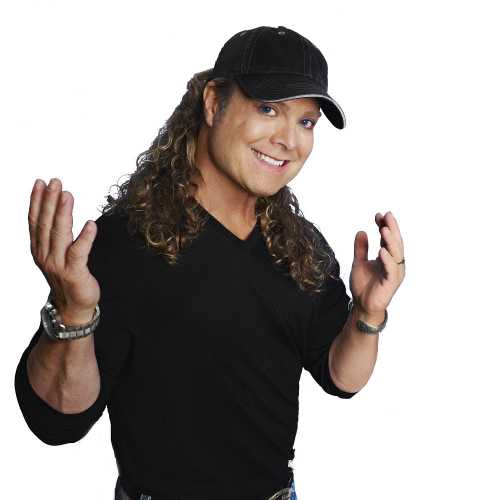